5 Films About Christo and Jeanne-Claude – A Maysles Films Production 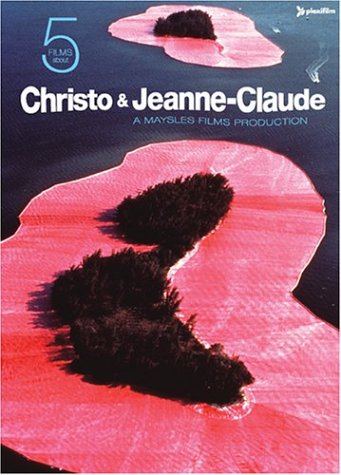 Five Films about Christo and Jeanne-Claude chronicles a 30-year collaboration between acclaimed documentary filmmakers Albert and David Maysles (Gimme Shelter, Salesman, Grey Gardens), and the internationally renowned environmental artists Christo and Jeanne-Claude. The Maysles brothers along with such frequent co-filmmakers as Charlotte Zwerin and Susan Froemke, have captured the artists’ enduring relationship and the grandeur of their large scale temporary public works. The series of award-winning films stands as a permanent document of the process, the political drama, the emotional investment and the transforming effect the finished works have on all those who come in contact with them.

As David Maysles said, "Christo comes up with an idea that at first seems impossible, then lets it grow; so do we." Albert Maysles agrees: "Both Christo's projects and our films are outrageous acts of faith."