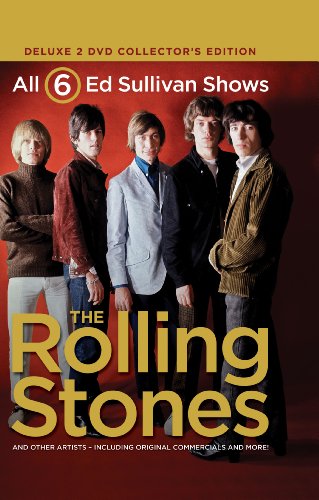 Now fans can see The Rolling Stones as they've seldom seen them - young, edgy and electrifying - and on their way to conquering the world! This Deluxe 2 DVD Collector's Edition features ALL SIX Ed Sullivan Show episodes starring The Rolling Stones who perform 17 of their greatest hits. Also featured is a 24 page booklet featuring rare television production documents and photos of The Rolling Stones as well as a 1966 replica ticket for entry to The Ed Sullivan Show. This is the first time these full shows have ever been released. Also included in these full episodes are performances by Ella Fitzgerald, Louis Armstrong, The Muppets, Tom Jones and more.
Factory sealed DVD
Tweet