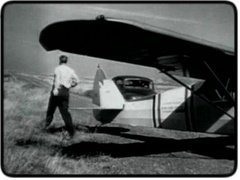 
Agent Yellow is a powerful indictment of the U.S. government's systematic prejudice against Chinese-American scientists. The film focuses on the mistreatment of Chinese scientists who contributed significantly to American military research, specifically describing the tragic cases of Dr. Wen Ho Lee and Dr. Tsien Hsue-Sher. On June 2, 2006, Dr. Wen Ho Lee, an atomic scientist once suspected of espionage, settled an invasion of privacy lawsuit against the U.S. government for $1,645,000. Dr. Lee, who worked at Los Alamos National Laboratory in New Mexico, brought his case against the government in 1999, the year federal investigators accused him of giving nuclear secrets to China. He spent nine months in solitary confinement awaiting trial. Ultimately, he pleaded guilty to one felony count of illegally gathering and retaining national security data, and he received an apology from the judge in the case.

Dr. Lee's case eerily echoes that of Dr. Tsien Hsue-sher's fifty years earlier. After coming to the U.S. from China in 1935 to study at M.I.T. and Cal Tech, Dr. Tsien worked on American government- sponsored research grants for the Navy and Air Force specifically in the development of nuclear weaponry. He worked closely with other scientists at Cal Tech known as the Suicide Squad ," whose ideas formed the basis of today's military capability.

All films purchased from Filmakers Library include Public Performance Rights, allowing an institution to exhibit a legally-acquired copy, so long as:
No admission fee/donation is collected.
The screening takes place at the purchasing venue itself.
The primary audience for the screening is members of the purchasing institution (for example, students and faculty of a school) and the screening IS NOT advertised or promoted to the general public.