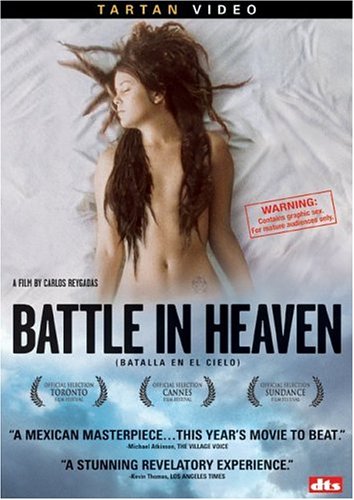 Marcos (Marcos Hernandez) is the middle-aged chauffeur of Ana (Anapola Mushkadiz), daughter of a Mexican general who amuses herself by working as a prostitute in a high-end brothel. Marcos and his wife (Berta Ruiz) have kidnapped a baby for ransom but it went tragically wrong when the infant died. When he confesses his guilt to Ana, a bond of secrecy consecrated by the flesh unites them. As the police draw closer, she urges him to turn himself in but instead he seeks redemption from a higher power.
Factory sealed DVD
Tweet