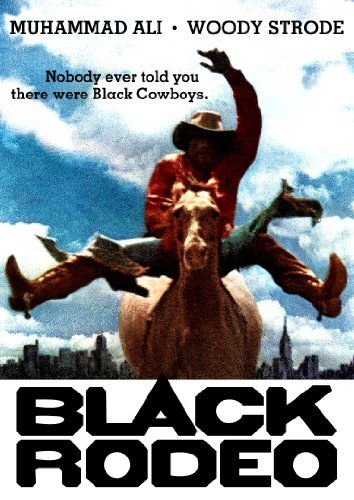 In 1972 Harlem, a Black Cowboy show rides into Randall's Island, NY to perform in front of a large crowd of enthralled spectators. This critically acclaimed 1972 documentary captures that show, as well as one-on-one interviews with the rodeo performers themselves and various members of the audience. Muhammad Ali himself is also on hand, clowning his way around the crowd and the cowboys, having a great time with all. The film also features an extended discussion by actor Woody Strode ('SPARTACUS,' 'KINGDOM OF THE SPIDERS') about the long-suppressed history of the Black Cowboy. Directed by Jeff Kanew ('EDDIE MACON'S RUN,' 'GOTCHA,' 'REVENGE OF THE NERDS,' 'NATURAL ENEMIES'), this rarely seen documentary received cricital acclaim in 1972, but has not been seen since - until now! 'BLACK RODEO' has finally
returned. Saddle up!
Tweet