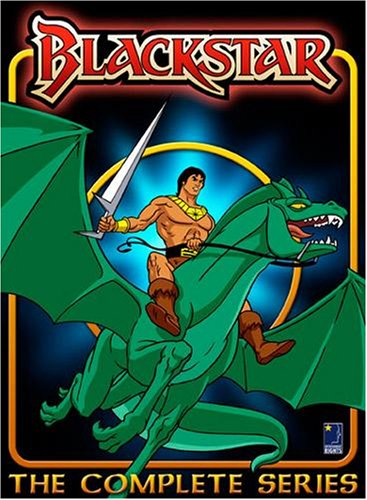 When his space shuttle is pulled through a black hole astronaut John Blackstar finds himself crash landing on the distant planet Sagar! There he is rescued by the gentle Trobbits a race small in stature buy big in courage. Sagar's inhabitants are threatened by the brutal tyranny of the Overlord a dark magician who possesses the Power Sword one half of the powerful Powerstar. Blackstar soon gains the other half of the weapon the Star Sword and allies himself with others-the shape-shifter Klone the sorceress Mara and a dragon named Warlock-to bring freedom and peace to Sagar.Format: DVD MOVIE Genre: TELEVISION/SERIES & SEQUELS Rating: NR UPC: 787364721290
Tweet