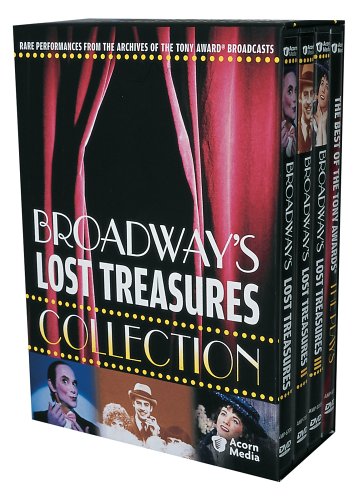 A comprehensive collection of great performances captured on film as part of the annual Tony Award® broadcasts. Broadway royalty and Tony® winners, including Lauren Bacall, Bebe Neuwirth, Robert Goulet, and Harvey Fierstein, serve as hosts and share their own Broadway and Tony® memories.

For theatre lovers, it doesn’t get any better than this!