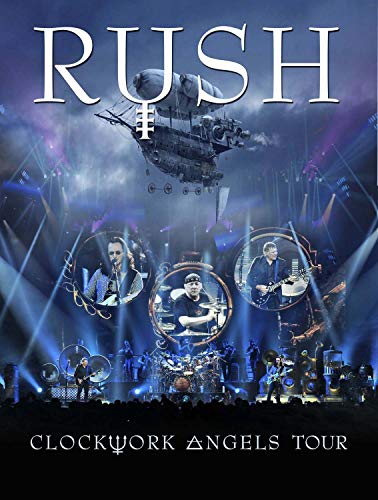 Rush Clockwork Angels Tour captures the Rock & Roll Hall of Famers' 2012-2013 sold-out tour from a unique point-of-view approach to filmmaking utilizing distinct composition and a voyeuristic style that at varying moments puts the viewer on the stage, at the side of the stage, and throughout the arena. For the first time ever the legendary band (Geddy Lee, Alex Lifeson, Neil Peart) was accompanied on this tour by an eight-piece string section! This electrifying 2-DVD or single Blu-ray concert (both formats contain the same content) features over 3 hours of music including favorites Tom Sawyer and The Spirit of Radio, 3 drum solos, new string arrangements of classics such as YYZ, Dreamline and Red Sector A, and rarely performed songs such as The Body Electric and Middletown Dreams. Extensive bonus features include a full version of Limelight from soundcheck and an exclusive backstage documentary shot throughout Europe. With over 40 million albums sold worldwide and more consecutive gold and platinum awards than any other rock band following The Beatles and The Rolling Stones, Rush remains one of the most inventive, compelling, and relevant musical groups today.