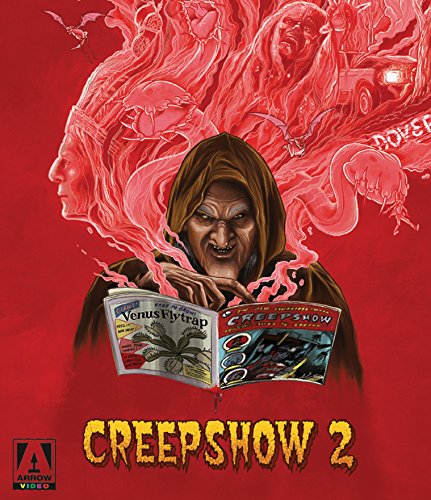 
WHEN THE CURTAIN GOES UP THE TERROR BEGINS

Horror titans George A. Romero and Stephen King deliver yet another fiendish selection of blood-curdling tales in Creepshow 2 now newly remastered in 2K!

Whilst retaining the EC comic book flavour that made the original such a hit, Creepshow 2, this time directed by long-time Romero collaborator Michael Gornick, is a decidedly darker and grimmer affair than its predecessor and remains one of the greatest horror anthologies of all time.