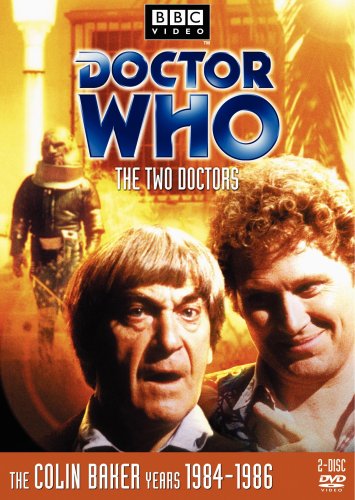 When you travel around as much as I do, it's almost inevitable that you'll run into yourself at some point. When the Doctor (Colin Baker) lands on a space station in the Third Zone, he suspects he's been there before and when he discovers his former assistant, Jamie, he's certain. Accompanied by Jamie and his present assistant, Peri, the Doctor follows himself (Patrick Troughton) to 20th century Seville. There he discovers his old enemies, the Sontarans, about to dissect him in a genetic operation. But just why are they operating on the Doctor? And how will their findings aid their enslavement of the universe? Deadly questions to which the Doctors must find answers in order to escape their own excruciating death. Originally transmitted February 16 - March 2, 1965, this three-part adventure starring Colin Baker features the late Patrick Troughton's final appearance as the Doctor.
Tweet