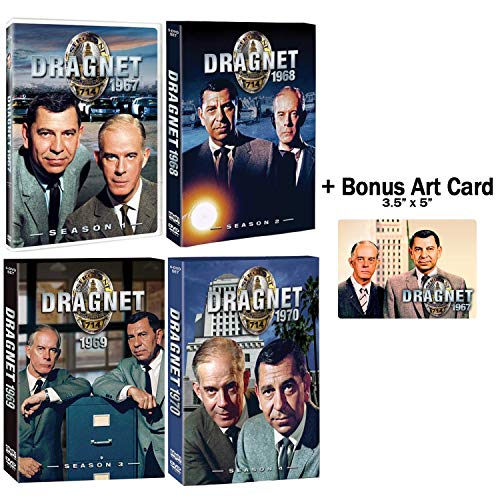 Just the Facts- Ma'am!" Enjoy every episode from the highly popular Dragnet TV series that aired from 1967-1970! The show focuses on two detectives, the no-nonsense Joe Friday and hard-nosed officer Bill Gannon, as they track down criminals throughout L.A. Each case was said to have been pulled from actual cases from the L.A.P.D. files.

Special Features only available on DVD: