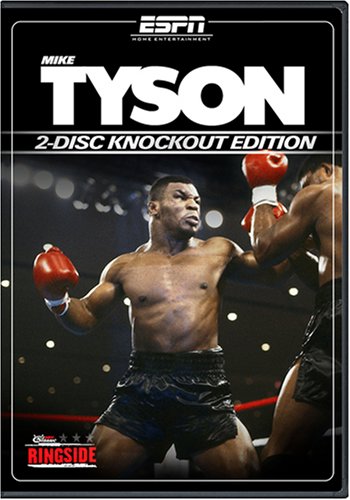 Legendary Mike Tyson was one of the most feared fighters in boxing. By age 19, his superlative record of wins earned him the nickname "Kid Dynamite." Over the next two years, Tyson knocked out 19 opponents in a row, eventually becoming the youngest heavyweight champion in history. His winning streak expanded to a dazzling 37-0 before Buster Douglas, an 11-1 underdog, TKO'd Tyson in the 10th round in one of boxing's biggest upsets.

Now ESPN Classic Ringside brings you a new perspective and up-to-date analysis of one of the most dominant fighters ever to step foot in the ring. Hosted by ESPN's Brian Kenny and historian/author Bert Randolph Sugar, along with Teddy Atlas (Tyson's trainer '80-'82) and special guest ex-heavyweight champ Larry Holmes, this 2-disc knockout edition includes over 4 hours of classic Tyson fights from his 1985 professional debut to the historic 1991 Douglas fight.