Ford At Fox – The Collection 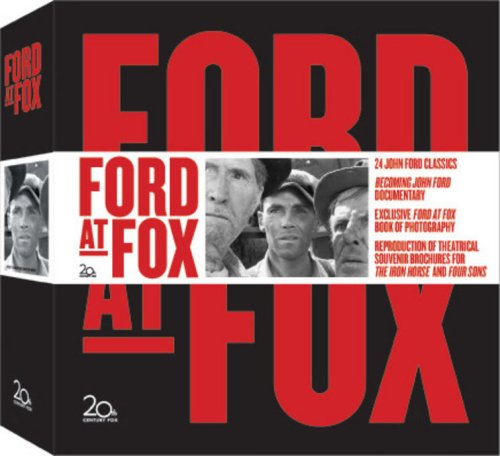 John Ford is considered by many to be one of the greatest filmmakers of all time. His sphere of influence touched contemporaries such as Ingmar Bergman and Orson Welles; as well as George Lucas, Martin Scorsese and Steven Spielberg. For much of his early career, Ford's home was Twentieth Century Fox where he made more than 50 films for the studio from 1920 through 1952, including such classics as The Grapes of Wrath, My Darling Clementine, Drums Along the Mohawk and How Green Was My Valley. It was one of the most productive director/studio relationships in the history of American film. Celebrating the legacy of the collected works of John Ford and their part in the Studio's heritage and pedigree, Ford at Fox: The Collection features 24 films as well as the new documentary "Becoming John Ford" by Academy Award nominated documentary maker and Ford historian Nick Redman. The beautifully packaged collection also includes an exclusive hard-cover book which features rare, unpublished photographs from Ford's career, lobby card reproductions, production stills and an in-depth look at this maverick's work.