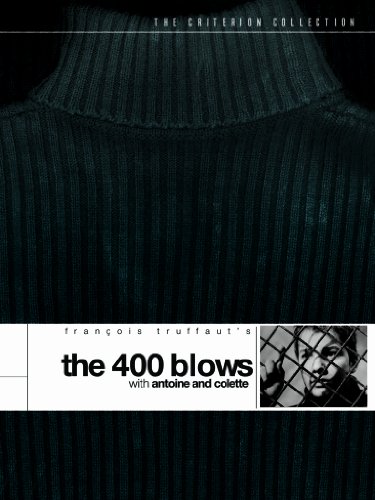 The release of François Truffaut’s The 400 Blows (Les Quatre cents coups) in 1959 shook world cinema to its foundations. The now-classic portrait of troubled adolescence introduced a major new director in the cinematic landscape and was an inaugural gesture of the revolutionary French New Wave. But The 400 Blows did not only introduce the world to its precocious director—it also unveiled his indelible creation: Antoine Doinel. Initially patterned closely after Truffaut himself, the Doinel character (played by the irrepressible and iconic Jean-Pierre Léaud) reappeared in four subsequent films that knowingly portrayed his myriad frustrations and romantic entanglements from his stormy teens through marriage, children, divorce, and adulthood. With The Adventures of Antoine Doinel, Criterion is proud to present Truffaut’s celebrated saga in its entirety: the feature films The 400 Blows, Stolen Kisses, Bed and Board, and Love on the Run, and the 1962 short subject, Antoine and Colette, in a special edition five-disc box set.