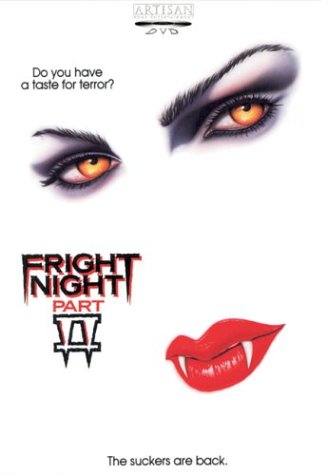 If I rated the movie alone, I'd give it five stars. Unfortunately, I have to warn anyone who wants to buy this DVD format from Artisan. I own over 150 DVD's and I've never come across such a sad excuse for a DVD. The picture quality is HORRIBLE! If you look closely, you can see that it was taken from a tape source, and not the original. Plus, Artisan claims on the back of the box that it is formatted from its "original" aspect ratio, and that it was shot in full screen. That is a blatant lie. It was shot in letterbox widescreen, just as the first film was. You can even tell when you watch it that it has been cropped to death, and at certain moments the screen moves from right to left to catch what's missing. The audio is 2.0 Dolby surround, which is fine. However, when you turn the volume up to hear the more quiet parts of the film, you hear tape hiss. Beware of Artisan releases on DVD. Their transfers are usually like this. I have a few other older films released by them, and they're pretty poor in the quality department. It is a great film however, and is worth having no matter what. I guess this DVD is better than not having it...Almost.
Tweet