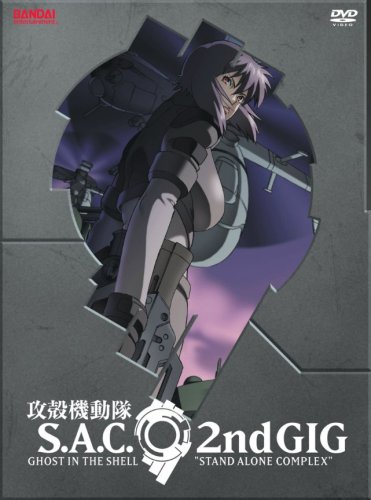 Based on the manga by Masamune Shirow and directed by Kenji Kamiyama GHOST IN THE SHELL: STAND ALONE COMPLEX takes viewers to a futuristic society where technology has saturated citizens' daily lives. Along with the new technology comes new types of crime that exploit it but female cyborg Major Motoko Kusanagi and her team of police Section 9 devote their lives to chasing criminals both on land and in cyberspace. In this complete collection of episodes from the epic show's second season (also known as 2nd Gig) Major Motoko Husanagi and Section 9 continue to battle terrorists in the actual world and in cyberspace. This season gives a new spin to Masamune Shirow's popular concept by combining the talents of directors Mamoru Oshii and Kenji Kamiyama and the animators at Japanese studio Production I.G.System Requirements:Length: 360 minsFormat: DVD MOVIE Genre: ANIMATION/ANIME Rating: PG-13 UPC: 669198252679 Manufacturer No: 25267
Tweet