Haack the King of Techno 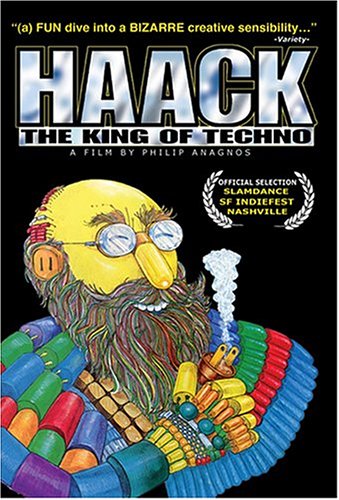 The story of Bruce Haack is one of the most unusual and inspiring tales to ever enliven the world of popular music. In the 1960s and 1970s Haack set about recording a series of children's albums that bucked the trend for wishy-washy sentimentalism, and instead incorporated some edgy, experimental, and decidedly oddball concepts. The albums were very popular, picking up a cult following amongst adults, as well as the younger audience for which the records were originally aimed. Haack's experimental nature saw him eventually leaving the children's genre behind, and making several albums of his own music, such as HAACKULA and ELECTRIC LUCIFER. This documentary from Philip Anagnos shines a light on Hacck's unique career, illustrating how his forays into the avant-garde proved highly influential over musicians such as Beck, the Beastie Boys, and a plethora of electronic and hip hop based artists. Celebrity testimonials come thick and fast throughout, as does some incredible vintage footage of Haack demonstrating his art on various television shows.
Hack: The King Of Techno - DVD Brand New
Tweet