He-Man and the Masters of the Universe: The Complete Original Series 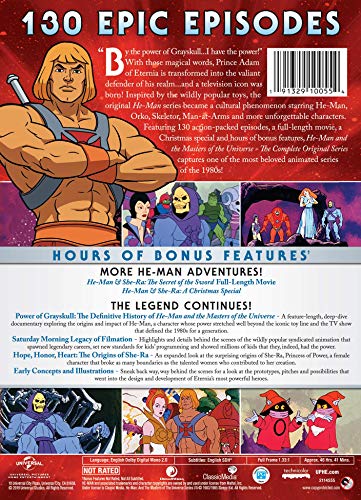 "By the power of Grayskull...I have the power!" With those magical words, Prince Adam of Eternia is transformed into the valiant defender of his realm...and a television icon was born! Inspired by the wildly popular toys, the original He-Man series became a cultural phenomenon starring He-Man, Orko, Skeletor, Man-at-Arms and more unforgettable characters. Featuring 130 action-packed episodes, a full-length movie, a Christmas special and hours of bonus features, He-Man and the Masters of the Universe - The Complete Original Series captures one of the most beloved animated series of the 1980s!