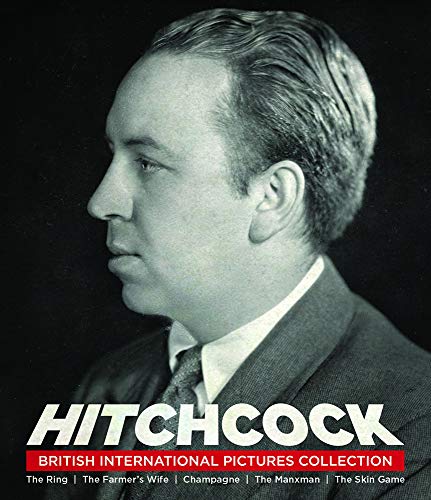 
Before he became known as the Master of Suspense in Hollywood, Alfred Hitchcock had already established himself as a precociously talented filmmaker in England. Hitchcock: British International Pictures Collection brings together five features he directed for the production company that first displayed his talents. Four of them are visually dynamic silent films: atmospheric boxing drama The Ring, sprightly comedies The Farmer’s Wife and Champagne, and a love triangle set on the Isle of Man, The Manxman. Also included is the 1931 sound feature The Skin Game, a rousing melodrama about feuding families. These features display Hitchcock’s command of visual language long before his Hollywood sojourn, proving he was a master from the beginning.