Homicide: Life on the Street – The Complete Series 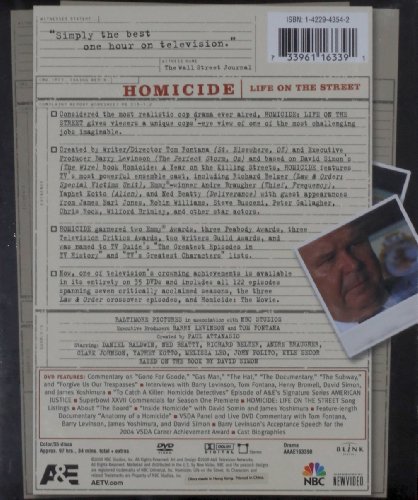 Considered the most realistic cop drama ever aired, Homicide: Life on the Street gives viewers a unique cops'-eye view of one of the most challenging jobs imaginable.

Now, one of television's crowning achievements is available in its entirety on 35 DVDs and includes all 122 episodes spanning seven critically acclaimed seasons, the three Law & Order crossover episodes, and Homicide: The Movie.
HOMICIDE LIFE ON THE STREET: THE COMPLETE SERIES M (DVD MOVIE)