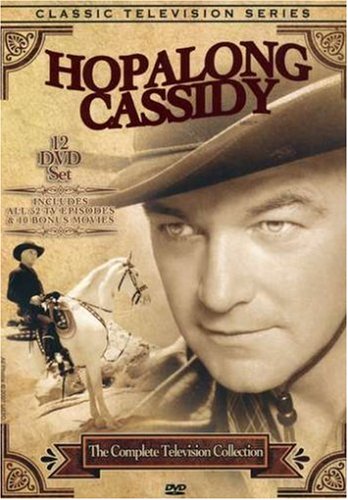 The dark-garbed Hopalong Cassidy was a wildly popular matinee idol of the `30s and `40s and one of the most iconic cowboy heroes of all time. Astride his white steed Topper with a black, 10-gallon hat perched on his head, Hopalong (so named for a limp caused by a bullet wound) made a striking figure. Based on a rude, tough-talkin' character from a popular pulp fiction series, the ''Hoppy'' of the silver screen was a law-abiding good guy, who didn't smoke, drink, chew tobacco or swear; rarely kissed a girl; and always let the bad guy draw first. Now own this Special-Edition, 12-DVD Collector's Set. Including all 52 TV episodes and 10 bonus feature films.
Tweet