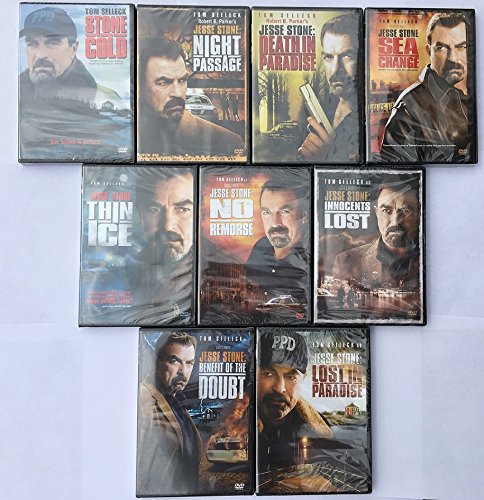 A must-own for all Jesse Stone fans, this highly collectible set features all nine mysteries starring Emmy and Golden Globe Award-winner Tom Selleck as the tough and troubled chief of police of a small New England town. Struggling to keep his demons under control, Stone exposes killers, cover-ups, dark secrets, and more in these hard-boiled thrillers, based on the bestselling novels by Robert B. Parker.

Get all 9 of the Jesse Stone films that have been officially released on dvd in the U.S. by Sony in one awesome set. This is not an import.