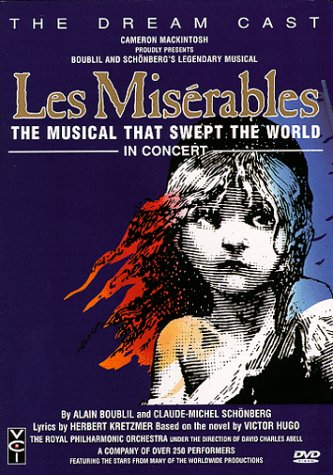 LES MISÉRABLES is widely recognized as the World's most popular musical. Now, at last, the full magnificence of the score played by the Royal Philharmonic Orchestra is captured on video at the spectacular 10th Anniversary Gala Concert, performed live at the Royal Albert Hall. The most remarkable performance of Les Misérables ever, this unique production brings together the dream cast. The companyof over 250 performers features many of the most celebrated stars to have appeared in the show, worldwide. This special video presentation also includes exclusive footage that will never be broadcaston television, offering an unprecedented glimpse into the magic that is LES MISÉRABLES.
Tweet