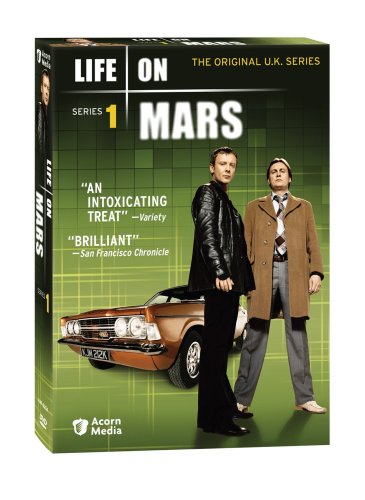 Dreaming, delusional, or displaced in time? Police detective Sam Tyler (John Simm, State of Play) must decide which describes him in this intriguing twist on the police procedural that has won two International Emmys® and rave reviews from critics and fans.

Hot on a killer’s trail in modern-day Manchester, Tyler gets struck by a passing car and wakes up in 1973. The high-tech tools and respect for proper procedure have vanished. Instead, he finds himself working on a homicide squad where hard drinking replaces hard thinking; forensics takes weeks to analyze; and his boss, DCI Gene Hunt (Philip Glenister, Cranford), has no qualms about roughing up suspects--or Sam himself. Still, Tyler has real-world crimes to solve, even as strange voices call him back to his 21st century life. But when he bonds with sympathetic policewoman Annie Cartwright (Liz White, The Fixer), Sam wonders: does he really want to return?