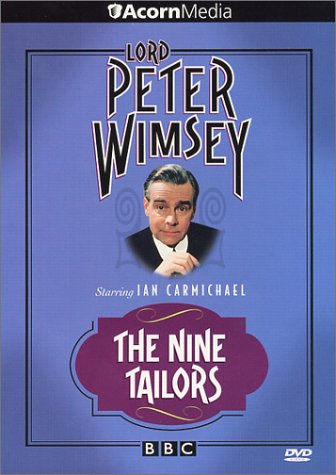 Slick, sardonic, and skilled at untangling the most convoluted crimes, Lord Peter Wimsey is truly up against it in "The Nine Tailors". Nine church bells, known as "tailors," play a key role in a mystifying murder case based on one of Dorothy L. Sayers's classics. Ian Carmichael is the ultimate suave sleuth in this acclaimed production from the original BBC series. DVD extras include interactive menus, a scene index, and an interview with Carmichael. 3 hours 20 min. on 4 cassettes or 2 DVDs. Web Extra: Sayers's colleagues were convinced that Harriet Vane, Wimsey's love interest, was in fact Sayers herself. One of the first female students allowed to go through Oxford's graduation ceremonies, Sayers took first honors in medieval literature.
Tweet