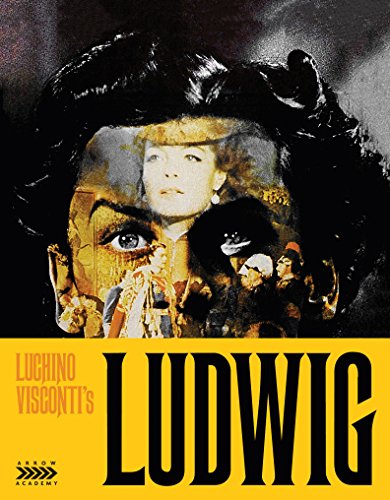 
Ludwig. He loved women. He loved men. He lived as controversially as he ruled. But he did not care what the world thought. He was the world.

A string of masterpieces behind him including Ossessione, Senso, The Leopard and Death in Venice the great Italian director Luchino Visconti turned his attentions to the life and death of King Ludwig II of Bavaria in 1972, resulting in an epic of 19th century decadence.

As opulent as any of Visconti s epics Piero Tosi s costume design was nominated for an Academy Award Ludwig is presented here in its complete form in accordance with the director s wishes and features the English-language soundtrack for the first ever on home video.

with optional English subtitles for the deaf and hard-of-hearing