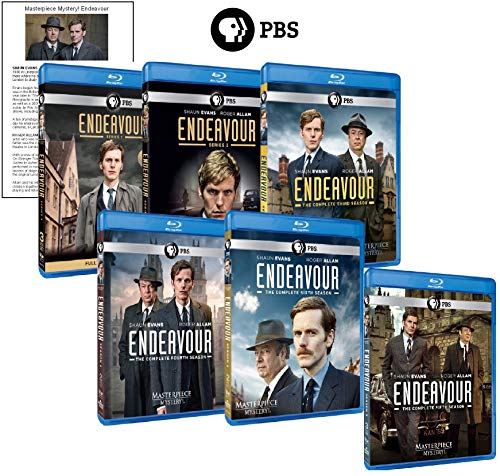 This special collection contains your COMPLIMENTARY CAST GUIDE along with the ORIGINAL PILOT + COMPLETE SEASONS 1 THRU 6 of ENDEAVOUR. Before Inspector Morse, there was the rookie Constable Morse, fed up with police work and ready to nip his career in the bud by handing in his resignation. Set in the mid-1960s, this series of continuing stories stars Shaun Evans as the young Endeavour Morse, before his signature red Jaguar but with his deductive powers already running in high gear. Working with senior Detective Inspector Fred Thursday (Roger Allam) and Sergeant James Strange (Sean Rigby), Constable Morse engages in a number of investigations around Oxford, England. More than 40 Hours of programming in total on 14 discs. Widescreen. Color. As seen on public television. This program features subtitles in English (SDH).
Tweet