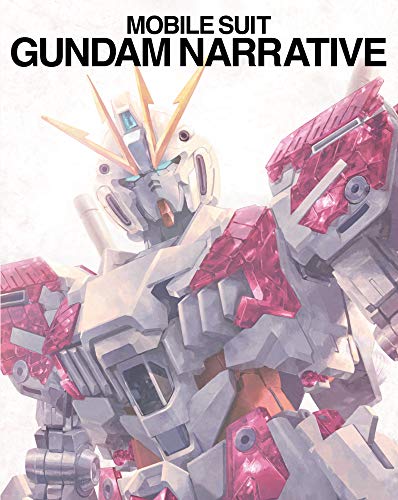 Mobile Suit Gundam NT (Narrative) Limited Edition contains the anime movie directed by Toshikazu Yoshizawa. and is housed collection featuring sleeve illustrations by Hajime Katoki and Jacket illustrations by Sejoon Kim. It also includes a Drama CD, Cell & Line Art Illustrations Book, Settings Art Book, Special Booklet, and a Special Blu-ray Disc* which includes approximately 78 minutes worth of extra content. English audio and subtitles are available for the main episode. (Bonus footage does not include English audio or subtitles.) U.C. 0097... One year has passed since the contents of Laplace's Box were revealed to the world at the end of the conflict called the "Laplace Incident." Despite the revelation of the Universal Century Charter that acknowledges the existence and rights of Newtypes, the framework of the world has not been greatly altered. Meanwhile, the Neo Zeon remnants known as the Sleeves have temporarily collapsed after the Laplace Incident, and their activities are at a standstill. And the two Unicorn Gundams, the mobile suits that played a leading role in the conflict, have been deemed dangerous and secretly sealed away because they displayed power beyond human understanding. However, the RX-0 Unicorn Gundam 03, w(more...)