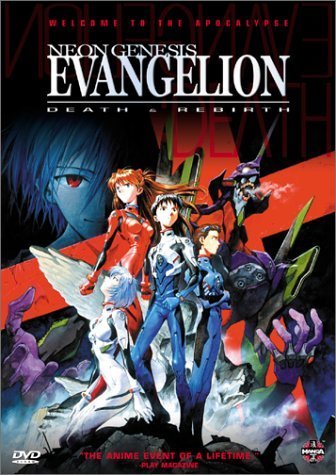 The bizarre ending of the television series Neon Genesis Evangelion (1995) pleased no one, including creator Hideaki Anno. Shortly after it aired, Anno began remaking the final episodes as an OAV and then decided to release them as a theatrical feature. At the climax of the series, Shinji met and destroyed Kaoru, who was both the Fifth Child and 17th Angel--then collapsed into schizophrenia. Death retraces these events through clips, many of them set to new dialogue performed by the same English cast as the series. Rebirth depicts the aftermath of Shinji's victory over the final Angel: Seele attacks NERV headquarters as part of their plot to advance human evolution. The feature ends as inconclusively as the series, but does set up the final film. On Manga Entertainment DVD and loaded with special features!
Tweet