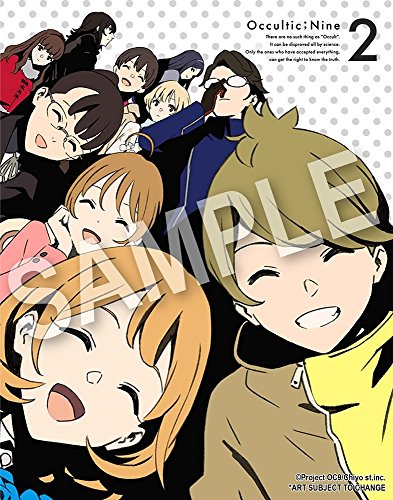 Occultic;Nine volume 2 contains episodes 7-12 plus a deluxe booklet, illustration pin-up cards, special package illustrated by Tomoaki Takase, and clear BD case with 2-sided wrap. From the creator of "Steins;Gate", the truth is revealed as the adventure of the Occultic Nine reaches its climax! With the help of the young FBI detective, Asuna Kisaki, the truth behind the Inokashira Incident is revealed. Unable to accept the truth, Yuta escapes into denial and starts to lose sight of himself. At his father's radio station, Ryoka appears and there, she reveals one final shocking truth. What awaits the fate of the Occultic Nine? Can the evil plan behind the Inokashira Park Incident be stopped? Everything ends here... Special Features: Original Japanese Trailer, English Dub Trailer.
Tweet