Panic in the Skies 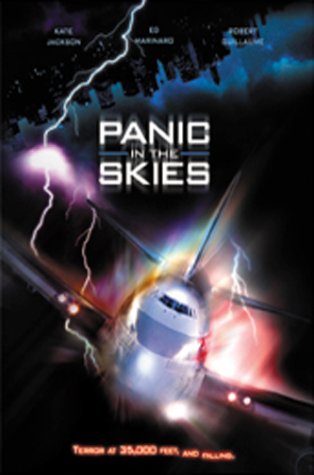 A 747 filled with passengers is struck by lightning in mid-flight. The explosion kills the pilot and co-pilot and sends the airliner into a deadly nose dive. As terror fills the cabin, a flight attendant and two heroic passengers race to engage the automatic pilot, saving the lives of 400 people... for now. But with the plane's fuel tank leaking and no one on board qualified to land the jumbo jet, the Air Force is faced with a grim decision: Shoot the plane down over a deserted area or hope they find a solution to save the plane before it crashes into a major city risking thousands more deaths. With time running out, a few ordinary people must do the extraordinary to save Flight 115 from disaster. Kate Jackson headlines an all-star cast in this explosive drama that features Ed Marinaro, Robert Guillaume, Erik Estrada and Maureen McCormick.
Tweet