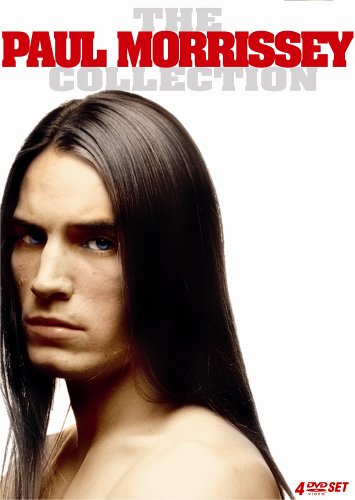 An icon of the Andy Warhol Factory and one of the most famous figures of the late 1960s and 1970s, Joe Dallesandro shot to fame in this landmark trilogy of underground filmmaking from acclaimed director Paul Morrissey. Raw, charismatic, and unabashed, his performances anchor these unflinching and often hilarious looks at life on the streets where hustling, conning, shooting up, loving, and bickering make up every memorable day.

In Flesh, Joe stars as a dim and sweet-natured hustler who journeys from one client to the next in a quirky odyssey that goes from the clutches of an amorous artist to a pair of beauties including a young Patti D'Arbanville.

In Trash, Joe struggles to provide a living for his demanding girlfriend (Warhol favorite Holly Woodlawn), crossing back and forth between the gutter and the high life in a quest for happiness.

Then Joe hits Los Angeles as an unemployed former child star in Heat, a fast and funny look at fleeting fame where an affair with fallen star Sylvia Miles (Midnight Cowboy) results in hilarious complications.

Now restored and remastered with all-new extras, these masterworks of true independent cinema burn brighter than ever in these sensational new special editions, with an exclusive fourth bonus disc of additional extras!