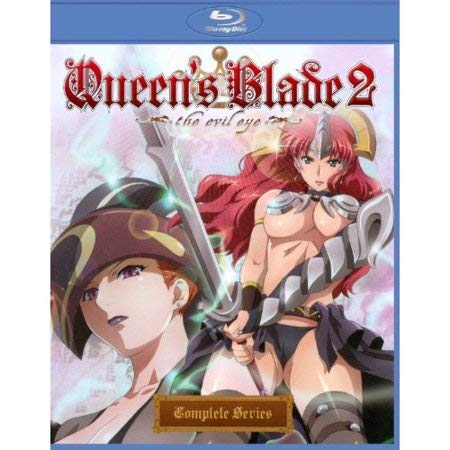 In four years time, the competition for the next Queen shall start. The strongest warrior will continue to rule and expand the country, according to tradition. The contestants must be older than 12 years and need not be intelligent or even human. The rules for the tournament are simple: murder is allowed, any weapon can be chosen, and the winner is decided when one of the participants flees or can t move anymore. And, the entire event is broadcast through a crystal sphere for the entire population to see and enjoy!

The end of the Queen s Blade has come, and only the strongest remain. Leina, Tomoe, and the rest of the finalists take up residence in Gynos, the Queen s Capital. Each girl is paired up in a duel, and friends are forced to fight each other with their lives on the line. When the smoke clears, who will be crowned queen?

The ratio spec is 1080p transfer in 1.78:1 widescreen format... the quality is superbly awesome the background and animation fluidity of movement even the colors are bright and very sharp... Audio is 5.1 in English or Japanese languages...

24 Episodes in total plus bonus OVA's