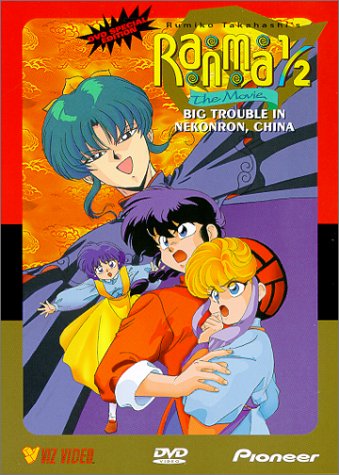 It's just another day at the Tendo Anything-Goes Martial Arts Training Hall - that is, until a strange girl named Lychee and her giant elephant Jasmine arrive to settle a score with lecherous martial arts master Happosai. Apparently, a very long time ago, Happosai gave Lychee's great-grandmother half of a legendary scroll guaranteed to bring happiness to whoever was holding it. The women of Lychee's family have been waiting for three generations now, and the prince STILL hasn't come - but of course, the moment Lychee lets the scroll out of her hands, the prince finally appears. Only now it's Ranma's reluctant fiancée Akane that's holding the scroll, and the long-awaited prince is only too ready to sweep his lucky bride off her feet. Now Ranma & Co. have no choice but to follow Prince Kirin's majestic flying barge all the way to Nekonron, China, where they find themselves in a showdown with the Seven Lucky Gods of martial arts!
RANMA 1/2 MOVIE VOL. 1 (DVD MOVIE)
Tweet