Sex and the City: The Complete Series (Collector’s Gift Set) 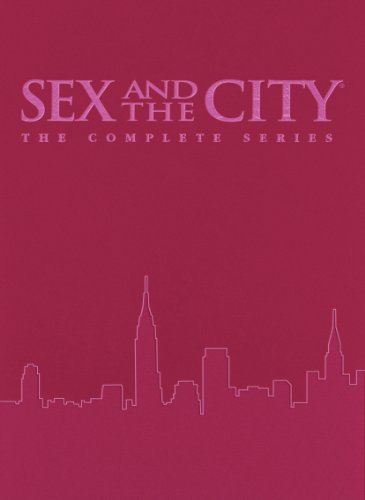 Sex and the City is based on Candace Bushnell's provocative bestselling book. Sarah Jessica Parker stars as Carrie Bradshaw, a self-described "sexual anthropologist," who writes "Sex and the City," a newspaper column that chronicles the state of sexual affairs of Manhattanites in this "age of un-innocence." Her "posse," including nice girl Charlotte (Kristin Davis), hard-edged Miranda (Cynthia Nixon), and party girl Samantha (Kim Cattrall)--not to mention her own tumultuous love life--gives Carrie plenty of column fodder. Over the course of the first season's 12 episodes, the most prominent dramatic arc concerns Carrie, who goes from turning the tables on "toxic bachelors" by having "sex like a man" to wanting to join the ranks of "the monogamists" with the elusive Mr. Big (Chris Noth). Meanwhile, Miranda, Cynthia, and Samantha have their own dating woes.
Tweet