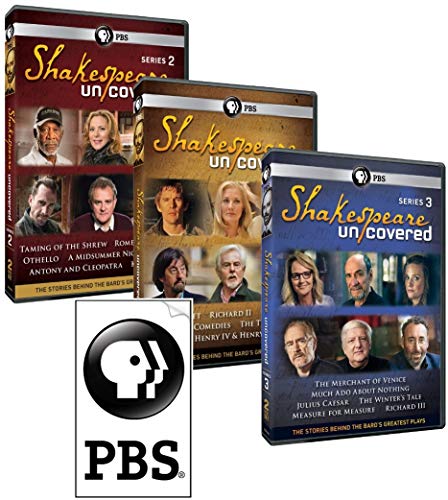 Behind every Shakespeare play is a story. Shakespeare Uncovered portrays the Bard as an impresario who, four centuries ago, defined show business in his day by drawing on historical sources, stealing and adapting ideas, bringing back popular characters, writing prequels, and developing dramatic ideas from the politics of the day. In each episode of Shakespeare Uncovered, a major Shakespearean actor or director explores and reveals the extraordinary world and works of William Shakespeare and the impact they have today. The presenters have spent their lives with Shakespeare's work and relate not only to the stories of the plays themselves, but also how they came to be written, how they have been performed, and how they have survived over 400 years. The series reviews history, biography, iconic performances, new analysis and the personal passion of the hosts to tell the story behind the stories of Shakespeare's greatest plays. Each episode combines clips and interviews with actors, directors and scholars (Including Patrick Stewart, Jude Law, Vanessa Redgrave, Ben Whishaw, Helen Mirren, and director Julie Taymor), along with visits to key locations, clips from the most celebrated film and television adaptations, and excerpts from the plays specially staged for the series at Shakespeare's Globe in London. Celebrated hosts include Morgan Freeman, Hugh Bonneville, Ethan Hawke, Jeremy Irons, Derek Jacobi, Kim Cattrall, Christopher Plummer, Trevor Nunn, Joseph Fiennes, David Harewood, Joely Richardson, David Tennant, Helen Hunt, F. Murray Abraham, Brian Cox, Romola Garai, Simon Russell Beale, and Antony Sher. Contains 18 Episodes: Taming of the Shrew, Romeo and Juliet, Othello, A Midsummer Night's Dream, Antony and Cleopatra, King Lear, Hamlet, Macbeth, Richard II, Richard III, The Comedies: Twelfth Night and As You Like It, The Histories: Henry IV and Henry V, The Tempest, Much Ado About Nothing, The Merchant of Venice, Measure for Measure, Julius Caesar, The Winter's Tale.
Tweet