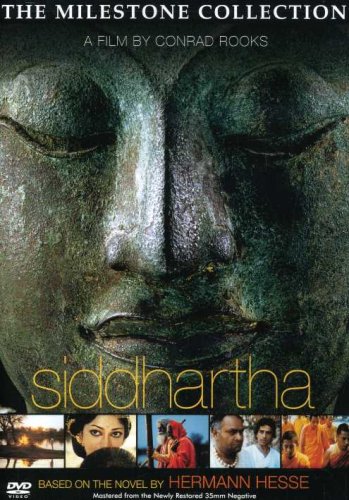 A glorious adaptation of the classic Herman Hesse novel, "Siddhartha" was filmed by Conrad Rooks with legendary cinematographer Sven Nykvist in Northern India. Bewitched by the shimmering beauty and magic of this ancient land, they transformed Hesse's tale into widescreen poetry. A moving evocation of each person's search for the divine within, this is the story of young Brahmin who leaves his wealthy parents to become a "sadhu," a wandering ascetic. He meets and is awed by the Buddha but chooses to follow his own path, which leads him to sensual passion and material wealth. In the end he finds these pleasures empty and abandons them to find enlightenment on an entirely different plane.
Siddhartha - DVD Brand New
Tweet