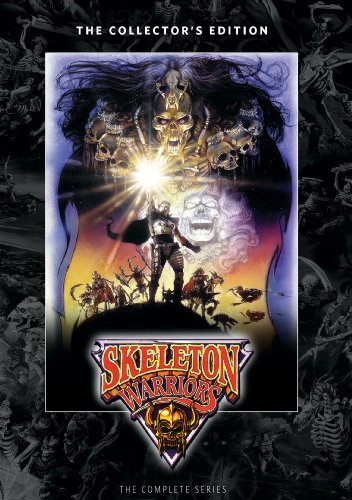 Planet Luminaire has fallen into the hands of Baron Dark and his legion of outcasts and mercenaries. A living skeleton, the Baron has the power to turn others of evil heart into Skeleton Warriors! The Legion of Light is the last line of defence in the royal city s war of good and evil. Led by young Prince Lightstar, the true heir to the throne of Luminaire, the super-powered family of heroes confronts an epic challenge in the classic CBS Saturday morning series from creator Gary Goddard (Captain Power and the Soldiers of the Future). BONUS Documentary on the making-of Skeleton Warriors Cast & crew commentary over multiple episodes Photo Gallery
Factory sealed DVD
Tweet