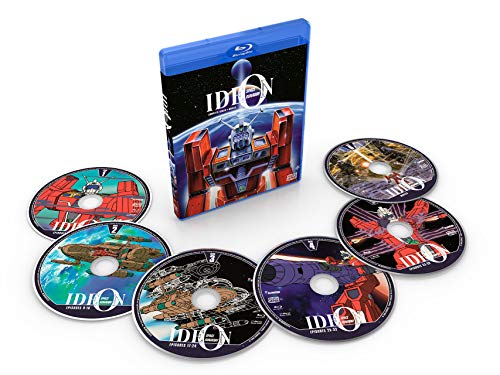 Space Runaway Ideon contains anime episodes 1-39 and movies The Ideon: A Contact a movie compilation and The Ideon: Be Invoked the sequel all directed by Yoshiyuki Tomino When Earth archaeologists on the planet Solo dig up a set of strange vehicles, they have no idea that they've unearthed something that will change the course of mankind. Even more shocking is the discovery that a SECOND human race called the Buff Clan is also seeking the mechs! A deadly competition ensues as the two races battle to secure the secrets of what the Buff Clan calls the "Ide". While the fight initially favors the Buff Clan, everything changes when young Cosmo Yuki and his friends accidentally power up the ancient machines that form the most powerful robot the universe has ever seen! But even with the Ideon defending them, the return to Earth won't be easy, and there's a long hard journey filled with combat and sacrifice ahead! Special Features: Japanese Promos