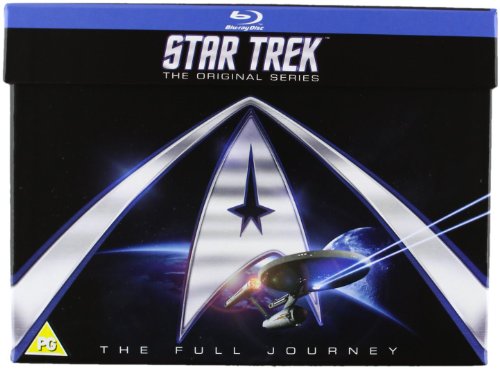 Originally touted as TV's first adult science fiction series, creator Gene Roddenberry's Star Trek is the most popular and influential science fiction series ever seen on American network television. Unlike so many other sci-fi/fantasy programs, Star Trek favoured strong characterizations and solid story values over gadgetry and monsters. The program quickly attracted the best writers of the genre, among them Richard Matheson, Theodore Sturgeon, Robert Bloch, David Gerrold and Harlan Ellison. Even so, there were still plenty of special photographic effects, which may seem a bit primitive when seen today but were sufficiently impressive to earn an Emmy award at the time. Describing space as 'the final frontier' in the famous opening narration, Captain James T. Kirk (William Shatner), commander of the starship U.S.S. Enterprise, informed the viewer that his vessel's five-year mission was to 'seek out new life forms and new civilizations', and 'to boldly go where no man has gone before.' Presented in this fantastic collection is the entire original series of the widely popular phenomenon.
The Original Series - The Full Journey
Tweet