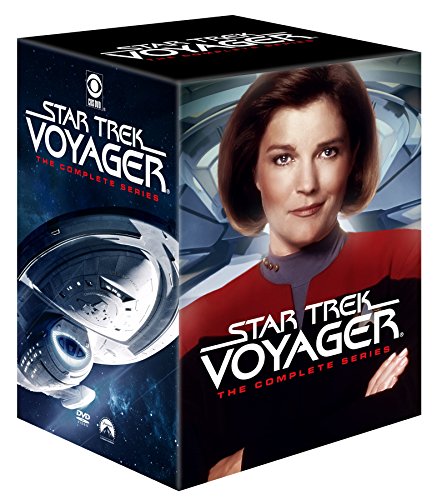 The complete saga of "Star Trek: Voyager" is collected in this 47-disc set with hours of extras. Relive the journey of the starship Voyager - from its harrowing first season in the Delta Quadrant to its exciting encounters with alien life forms and its quest to return home. From internal ship conflicts to battles with the Borg Collective, "Voyager" represents some of the finest writing, acting and visual effects ever seen in the "Trek" universe. This complete set of all seven seasons includes every "Voyager" episode in stunning 5.1 Surround sound. Hours of exclusive DVD extras include season-specific making-of featurettes and behind-the-scenes footage, interviews with the cast, crew, writers and f/x wizards, profiles of Voyager characters, the science behind "Voyager", photo galleries and much more.Behind The Scenes Featurettes, Interviews, Photo Gallery, Bios.
Shrink-wrapped
Tweet