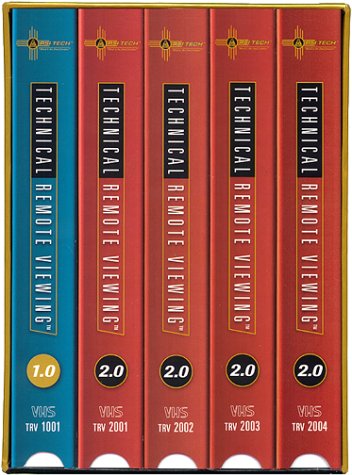 As Operations and Training Officer for the military's psychic intelligence unit, Major Dames was intimately involved in the development and use of this remarkable technology to support critical classified military operations. In 1989, he founded PSI TECH, Incorporated, and along with PSI TECH's current president, Jonina Dourif, began applying these powerful, originally TOP SECRET techniques, in the civilian sector.

Until now, training in Technical Remote Viewing® was offered by PSI TECH to only 30 people per year. The tuition for this course was $4500.00. Trainees were required to come to Los Angeles for 10 consecutive days, to learn TRV®.

PSI TECH is proud to announce that, after 15 years of training and research, we have developed a method by which you can successfully learn the skill of Technical Remote Viewing®, at your own pace in the privacy of your own home - at a mere fraction of what it would cost for on-site training.

Technical Remote Viewing is an ingenious set of standardized procedures undertaken by trained individuals, using only a pen and paper - and one's mind - to gather accurate information about people, places, things and events in the past, present, or future.

All people possess innate PSI abilities, but precision psychic skills, like language, must be learned. Under the scrutiny of renown scientists, Technical Remote Viewing® has proven itself as the ultimate mind tool. In fact, those who learn TRV® are more consistently accurate than even the best-untrained psychics! PSI TECH's instructional video tapes will provide you with rigorous, step by step instruction in TRV®.

Produced by Jonina Dourif and directed by Academy Award® nominee William Gazecki, the TRV® training course has proven its effectiveness in a number of learning environments, and has been designed for adults of all ages.