Thanks for the Memories: The Bob Hope Specials [DVD] 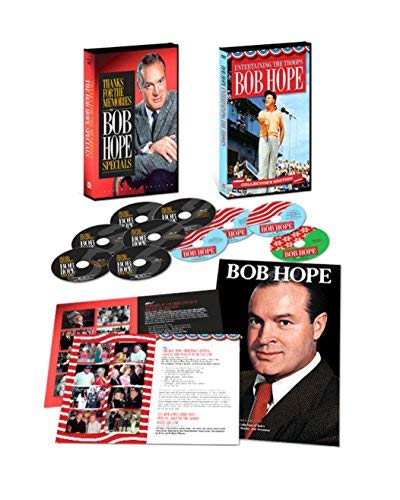 Bob Hope, America's greatest entertainer of the 20th century, is celebrated in the most complete collection of his television specials ever available

Join Bob and his legendary guest stars for more than 25 hours of specials, including Bob's historic shows entertaining the troops around the globe.

Taken from over 250 network specials, many in support of the U.S. Armed Forces, this DVD collection is filled with comedy, music, dancing, movie stars, and, of course, Bob's memorable monologues.

Bob Hope delighted his fans and the troops for decades, and now you and your family can enjoy his greatest TV shows and moments in one collection.