The Adventures of The Little Prince – The Complete Animated Series 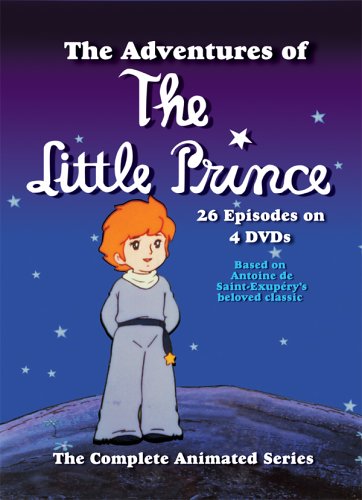 THE ADVENTURES OF THE LITTLE PRINCE: THE COMPLETE ANIMATED SERIES

26 episodes of the beloved animated series based on the children’s classic by Antoine de Saint-Exupéry.

The Little Prince lives on the distant asteroid B-612. There he cleans his volcanoes and cares for his magical rose. One day, a space bird named Swifty visits his tiny planet and shows him how he can hitch rides on passing comets and visit far off galaxies. Meeting new friends at every stop, the Little Prince travels across the universe and learns valuable lessons about honesty, bravery and kindness.
The tales of the LITTLE PRINCE are timelessics which haven't aged a day since Antoine de Saint-Exup ry penned them in the mid-20th century. De Saint-Exup ry was a pilot who met a tragic ending in his plane during 1944; the narrator of THE LITTLE PRINCE is also a pilot. Here, the book is split into animated episodes as the loveable character travels to some spectacular locations across the glob