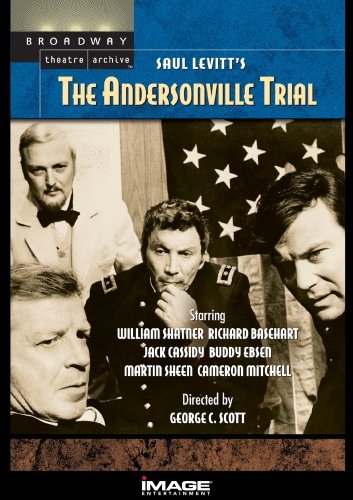 A court martialed Confederate officer faces trial for running the notorious prison of war camp in Andersonville, Georgia, where over 14,000 Union prisoners died from disease, starvation and neglect. The defendant, Captain Henry Wirz, justified his actions with a plea that he was only following orders, believing he was relieved of any personal responsibility because he was performing his duty. However, the Army prosecutor contends that moral men must rebel against barbaric or inhumane orders, even if they are within the framework imposed by military discipline.

When sold by Amazon.com, this product will be manufactured on demand using DVD-R recordable media. Amazon.com's standard return policy will apply.

This product is expected to play back in DVD Video "play only" devices, and may not play in other DVD devices, including recorders and PC drives.