The Before Trilogy (The Criterion Collection) [Blu-ray] 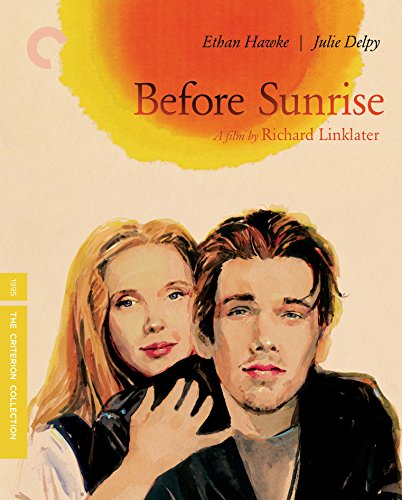 The cornerstone of the career-long exploration of cinematic time by director Richard Linklater (Boyhood), this celebrated three-part romance captures a relationship as it begins, begins again, deepens, strains, and settles over the course of almost two decades. Chronicling the love of Celine (Julie Delpy) and Jesse (Ethan Hawke), from their first meeting as idealistic twentysomethings to the disillusionment they face together in middle age, The Before Trilogy also serves as a document of a boundary-pushing and extraordinarily intimate collaboration between director and actors, as Delpy and Hawke, who cowrote two of the films, imbue their characters with a sense of raw, lived-in experience, and as they age on-screen along with them. Attuned to the sweeping grandeur of time s passage as well as the evanescence of individual moments, the Before films chart the progress of romantic destiny as it navigates the vicissitudes of ordinary life.