The Best of the Flip Wilson Show 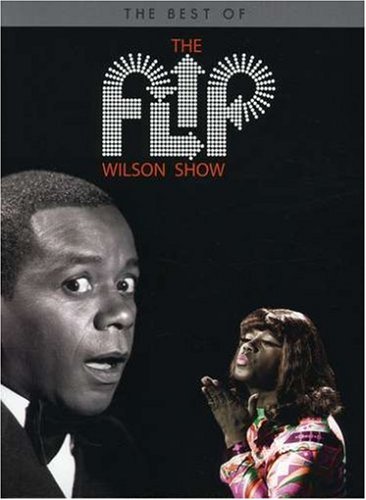 The Flip Wilson Show was an instant smash when it premiered on NBC in September 1970, becoming the highest-rated variety program on television. In a bold departure from the standard fare of the time, The Flip Wilson Show did without large production numbers, house band, regular cast, or elaborate sets. From a round stage in front of a studio audience, gifted comedian Flip Wilson entertained the country with nothing but his hilarious monologues, a stellar array of guest stars, and great sketch comedy. This first-ever collection of full-length episodes from The Flip Wilson Show features guest performances by Ray Charles, Richard Pryor, George Carlin, Albert Brooks, Redd Foxx, Joe Namath, Johnny Cash, Joan Rivers, Phyllis Diller, and many more. Flip's signature characters are here, too, from Rev. Leroy of the "Church Of What's Happenin' Now" to that sexy, sassy force of nature-the legendary Geraldine Jones. These treasured shows will have you laughing from beginning to end, but it won't be the Devil who made you do it. It'll be Flip Wilson.
The Flip Wilson Show- Best of
Tweet