The Cars Unlocked – The Live Performances (with CD) 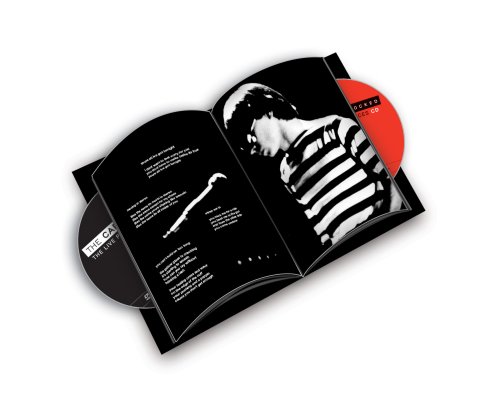 Founded in 1977 by Ric Ocasek and Benjamin Orr, The Cars shook up the music scene with their distinctive sound and modern aesthetic, both of which continue to influence musical style today. A dominant presence on the charts throughout the 1980s, the band released six multi-platinum albums that spawned over a dozen top twnty hits and led to sold out tours worldwide. Now you can experience the thrill of seeing The Cars live with THE CARS UNLOCKED. Featuring over twenty never-before-seen live performances from their sold-out U.S. tours plus interview footage, sound checks, slide shows, backstage antics, and home video shot by the band, this limited edition set is your key to unlock The Cars. Live performances include: MY BEST FRIEND’S GIRL - LETS GO - GIMME SOME SLACK - UP AND DOWN - JUST WHAT I NEEDED - DON’T YOU STOP - MOVING IN STEREO - CANDY-O - YOU MIGHT THINK - DRIVE - TONIGHT SHE COMES - MAGIC - SHAKE IT UP - GOOD TIMES ROLL - THIS IS THE KEY TO UNLOCK THE CARS. DVD Features: 20 Songs +6 Bonus Performances; 28-Page Photo Lyric Book; Dolby 5.1 Surround Sound; Trailer INCLUDES A BRAND-NEW FULL LENGTH CD: THE CARS UNLOCKED--THE LIVE PERFORMANCES - This first-ever live album from The Cars features 10 digitally-remastered live performances of Cars hits including: MAGIC - TOUCH AND GO - DRIVE - JUST WHAT I NEEDED - MOVING IN STEREO - YOU MIGHT THINK - Plus Four Never-Before-Released Songs!
Factory sealed DVD