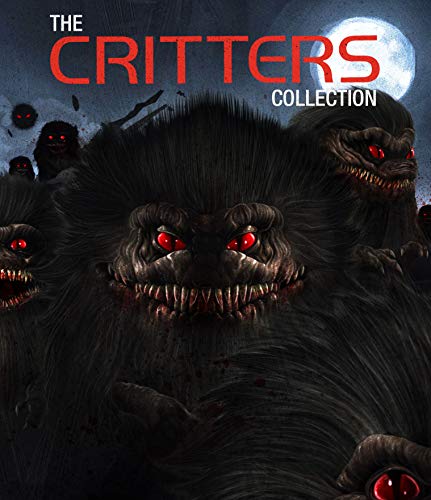 They’re back and ready to devour your Blu-ray player!
The terrifying and tiny menaces are out in full force with this four-film collection packed with enough Special Features to make any fan’s mouth water!
In Critters, the terrified Brown family are trapped in a deadly nightmare and must fight for their lives against a litter of extraterrestrial, bloodthirsty monsters. But it’s a losing battle until two intergalactic bounty hunters arrive, determined to blow the creatures off the planet! In Critters 2: The Main Course, some eggs have survived and are popping open, bringing another horde of the little creatures! Brad Brown (Scott Grimes) returns to fight them along with three bounty hunters. Critters 3 stars Leonardo DiCaprio as Josh, a beleaguered Angelino who must lead the fight against the little monsters as they invade an L.A. apartment building. In the final film, Critters 4, a super strain of genetically engineered monsters are designed to take over the universe. This time, Brad Dourif and Angela Bassett must battle the little bloodthirsty hairballs.
Shrink-wrapped 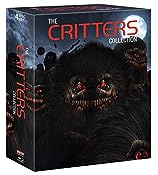