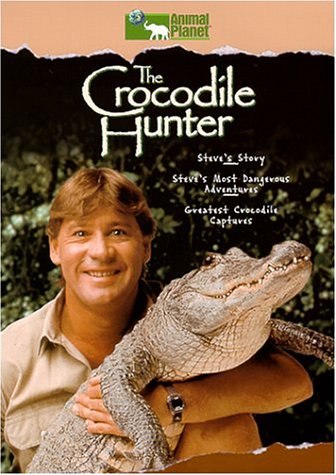 A three video collection of Animal Planet's "The Crocodile Hunter" series presented by The Discovery Channel. In "STEVE'S MOST DANGEROUS ADVENTURES", amazing footage accompany a retrospective of Steve and Terri's most dangerous adventures and "close calls" while filming the series. In "GREATEST CROCODILE ADVENTURES", Steve and Terri fearlessly struggle to capture their massive and aggressive crocodile "friends" while demonstrating the different techniques used to capture a crocodile without getting caught in their snapping jaws. In "STEVE'S STORY", candid interviews, never before seen footage and family photos will give you an inside scoop on the life and career of this wild-man of the animal kingdom.
Tweet